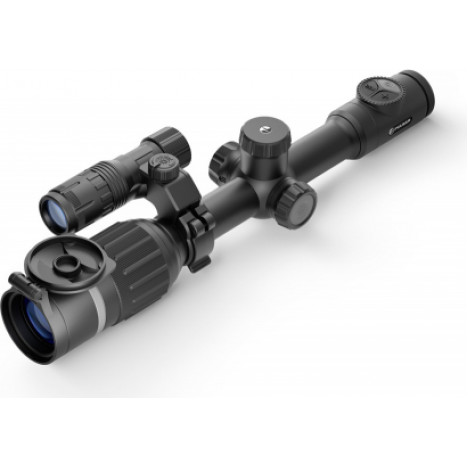 Over 500m nighttime viewing range
Combination of best nighttime sensitivity in its class, HD resolution display and sensor, wide selection of brightness and contrast settings, quality fast optics, high magnification and a powerful built-in IR for a moonless night make the Digex a perfect tool for detecting such targets as a wild boar, deer or elk at distances ranging from 450 to 550 meters.

All-Metal Housing
The metal housing of the riflescope is rugged and light at the same time. The antiwear coating will keep Digex’s decent external look for years of use.

Integrated video and sound recorder
Digex riflescopes feature a built-in recorder to capture still images and HD quality videos with sound. Footage can be transferred to PC/laptop or mobile device via a wired connection or via Wi-Fi.

Easy Mounting on a Rifle
The middle part of the Digex body is a 30 mm tube, standard for daylight optical sights. This form-factor enables the Digex to be flexibly mounted on various types of hunting weapons using proven solutions.

4х-16x Variable Magnification
The base magnification of Digex N455 increases by four times – from 4x to 16x. The zoom changes either gradually in 2x step or continuously for a truly optimum, customized field of view for specific situation.

Scalable ballistic reticles
Ballistic reticles are scaled proportionally to riflescope’s magnification changes, similar to the reticles placed in the first focal plane of optical sights. Angular dimensions of reticles’ parts remain constant at all magnifications, which allows quick measuring of distance and adjusting for shooting at various ranges.

Picture-in-Picture mode
Picture-in-Picture mode is an additional frame for high-precision zeroing. Taking only 10% of the total display area, the frame shows magnified image of the target and reticle and allows the user to closely see the image in the aiming area and have visual control of the entire field of view at the same time.

Remote Firmware Update
A smartphone, free mobile application Stream Vision and Internet access is all one needs to check updates and to install new firmware. Updates with new functions are implemented into the riflescope used by hunter without the need to send to repair center.

Supplied powerful long-range IR Illuminator
The Digex riflescopes are supplied with a detachable high power 850 nm or 940 IR illuminator. The 850nm IR features long-range action, the 940 nm IR operates in the invisible range. With this IR the hunter can observe animals staying unnoticed and without the fear that animals could be frightened away. Three adjustable IR power levels help choose preferred effective range and illumination level of an object observed. Adjustable power changes the operating range and illumination level of objects.

Stream Vision App. Remote Review, operation and live YouTube streaming using smartphone
Via Wi-Fi Digex connects to Android and iOS based smartphones and tablets. The free mobile application Stream Vision transfers image in real time to smartphone’s display, duplicates control of Digex’s digital functions, informs about new firmware update and installs it, transfers in real time the image from the riflescope to the Internet via YouTube and other online video platforms.

Fully waterproof IPX7
The Digex features IPX7 level of protection, which means it is fully waterproof. The riflescopes are able to operate in high humidity, precipitation of any intensity and survive a 30-minute long and 1m deep submersion.

A selection of 10 reticle shapes in 8 color modes
Digex’s reticle is electronic and always stays in the same plane with the target. The Digisight has reticles of ten various shapes and functions (direct shot type, ballistic, scalable and regular), all available in eight colors.

Accurate Zoom Zeroing
Zeroing the riflescope can be done either at the base magnification or at a digital zoom, with the click value decreasing as the zoom value increases. At the maximum magnification of 16x reticle step is less than 0.1 MOA but the aiming point is stable in the entire range of magnifications.

Instant Start-up
Digex starts up within three seconds after ON button is pressed.

Wide-angle eyepiece
The field of view of the complex wide-angle six-lens eyepiece is 30 degrees. Combined with the HD quality AMOLED display, the eyepiece delivers a rich and deep image perception.

User Friendly Controls
Digex is easy to use. Turn on-off, video recording, zoom setup and PiP mode are activated by dedicated buttons easily accessible on the upper part of riflescope’s housing. Other functions are managed by the controller, which operates as both a wheel and button.

Operating Temperatures -25 … +50°C
Digex riflescopes are designed to operate in a wide range of temperatures from (-25 to +50°C). The frost-resistant AMOLED display features quick response rate and ensures a crisp image when viewing fast moving objects.

Customizable Automatic Shut-down
This setting automatically turns the riflescope off as soon as it is in the non-working position for a certain time interval – inclination angle is more than 70 degrees vertically (upwards/downwards) or 30 degrees horizontally (rightwards/leftwards).

Removable Eye Cup with Magnet Fixing
The removable eye cup installs on the eyepiece and removes from it within a fraction of a second. For the night use, the eye cup protects the hunter against disclosing light from the micro display and helps position the eye relative to riflescope´s eyepiece. 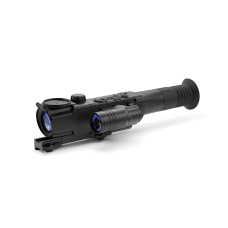 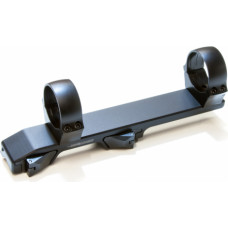 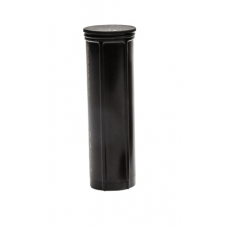 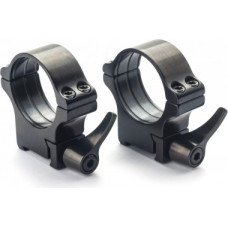